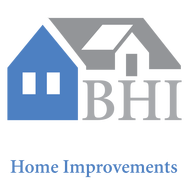 We Support Our Community

They live in a brick house in Huntersville, near where I-485 dead-ends into Old Statesville Road. There are two cars in the driveway; a neat sidewalk leads to the front door through fresh-cut grass. The parents, each with a job in the medical field, have two sons, one in private school and one a public-school senior.

A simple snapshot would blend them comfortably with everything that is their world. The adults and kids have their activities, their friends. But even when times appear good, part of the picture can be obscured.It just happens. With no one to blame, life can shift into neutral and stall, waiting for a reason to start again. In late summer, the husband became ill, and missed some time. The home needed repairs. Money was tight, had been for a while. The picture behind closed doors was not the portrait people saw.“I think a lot of people, more than we could ever know, can relate to this,” said family friend Amy Dill. “There are a lot of people out there who could use something, but they’ll never tell you.”Sometimes, it would be nice to wake next to the genie in the lamp or the fairy who rescued Cinderella.

But miracles aren’t for sale, and there’s no Sunday coupon for benevolence. So you do what you do, and hope for the best.“I had tied a knot at the end of my rope and was hanging on for dear life,” said homeowner Sharon Griggs, 53, an MRI technician for Presbyterian Hospital. “The place was sort of a wreck. It’s been a financial struggle. I didn’t care anymore. ”Griggs works long hours, then attends to her family’s needs and her boys. She had become an actress in two simultaneous roles – one public, one private.“I’ve always tried to be a giver and help people my whole life,” she said. “You want to provide the best for your kids … But I had basically given up. ”Then, in mid-September, long-time family friend Johnny Mac came to the house. First, he took care of her husband. Then, he took a look around. “I’m going to fix this,” he thought.

He gathered his accomplices. A few days later, Griggs said, she saw the angel. The phone call John McLellan, or Johnny Mac, coached the Griggs’ youngest son in Pop Warner football and helps some with SouthLake Christian’s team, where the boy plays. When Jimmy Griggs didn’t show on the sidelines for several days to watch his son, McLellan called the house. Mr. Griggs’ voice was contorted, unfamiliar. It was Tuesday, Sept. 18, and Jimmy Griggs, 48, was in his chair in the living room. He said his back hurt; he couldn’t stand. McLellan called Sharon, then 911. “He didn’t let anyone know how serious it was. We thought it was a pulled muscle,” Sharon Griggs said. “But he had an abscess in his back that required immediate surgery.

We went into intensive care, and it was crazy there for a little while. ”The surgeon was Dr. Mark Hartman – another friend and football coach at SouthLake Christian.“There’s a lot of people pulling together to help this family,” Hartman said. “I just happen to be someone who knew the family, and knew this child. ”That Saturday, with the Griggs still at the hospital, McLellan met Dill at their house. “We were ready to take a leap of faith, and we just wanted to fix up the surroundings and be helpful,” Dill said. “I’ve been in dark places before, and I’ve had friends come over and … it just lifts your spirits. ”They called a contractor each had used in the past.“He was literally a minute from the house, and he came and he immediately felt connected to what we wanted to do,” Dill said.

The contractor, Jeff Buffington, stayed several hours. “So I could wrap my arms around the whole situation,” he said. When Sharon Griggs stopped by the home, she cried. “My friends and neighbors were all here, and this man I had never met gave me a big hug and said, ‘I’m going to fix this for you, so you have a better home to come home to.’ There are angels,” she said. “There is an angel who walks among us. ”Buffington has worked on the house for several weeks. He has never asked for pay. “There are kind people who are willing to help if people just ask, but they’re afraid to ask,” he said. “She had let this pile up, and it was a big burden on her. I told her, ‘Put the burden on me, and I’ll make it happen. We’ll get your life back in order.’”

Buffington, 39, is a self-employed father of four young girls. He worked in the home-building business in Florida for eight years before moving to Huntersville seven years ago. “He felt such compassion, and it shocked us,” Dill said, “because you don’t find people like him every day, in this economy. He has given completely and sacrificially of himself, and to this day, he won’t take a dime for his services. ”The makeover Buffington contacted CCC Electrical Contracting in Cornelius, SCS Floors of Fort Mill, S.C., and Salmex Painting in Charlotte, people he knew. Materials were donated, labor was free.

Buffington removed the carpet from the 1,600-square-foot home and put in laminate flooring. The entire interior was painted, a light cream with white trim. He installed a new washer and dryer, bought by Sharon Griggs’ sister, and three new toilets. There are new sinks, new tile in the bathrooms, new ceiling fan and light fixtures throughout. Buffington is custom-making drawers for the master bath vanity. The old furniture is gone; there is a new, king-size bed in the master bedroom, a new twin bed in the guest room.“It’s like ‘Extreme Makeover: Home Edition’, only without cameras and celebrities,” Sharon Griggs said. “The house was built in the 1950s or ‘60s. He didn’t want anything in return. ”Someone offered Buffington use of their Home Depot card. Other friends helped buy supplies. With Sharon Griggs out of work several weeks to spend time at the hospital with her husband, Buffington came early and stayed late. A portable moving container was filled and removed. Friends made trips to and from, delivering and hauling away.

Through it all, Sharon and the boys stayed in a hotel, paid for by a friend. “A miracle happened, pretty much,” Buffington said. “The reward to me is, I don’t care to be paid, but it’s just nice to be able to put somebody back on their feet so they can start life in a new environment. Business is business, but I’ve been randomly helping people my whole life. It’s just something I do.”“We’ve been floored by his generosity,” Dill said. “We were popping tile one night, and I asked him if he needed to go home. He actually had tears in his eyes. He doesn’t know this family personally. Jeff has moved mountains to help them.”

The next chapter
When Jimmy Griggs, a work-flow coordinator for a Mecklenburg radiology group, was taken by ambulance to the hospital, he was in septic shock. The ache in his back was an infection on his spine. Minutes were crucial. He eventually was moved to a rehabilitation facility. Sharon alluded to the work at their house, but he hadn’t seen it, had never met Buffington. She wanted her husband to focus on his own renewal, his own second chance. “This is one of those things where the Man upstairs, or whoever you believe in, can reverse the whole process, if you know what I mean,” Dr. Hartman said.In late October, the SouthLake football team will come to the house to spread mulch, plant flowers, trim bushes. They’re calling it a community service project.“For these people, everyone, to come in and give me such a wonderful gift, it’s just restored my faith in humanity,” Sharon Griggs said.“I’m so thankful to have such wonderful friends. And to meet Jeff – the man has a heart of gold. “Now I just feel so much more alive. I’m so proud of what I have.”